On a beautiful Sunday afternoon, Cooties crew members Crystelle Colucci and Cami Violet got to catch up with singer-songwriter Kira Metcalf over coffee at Devoción Café in Brooklyn (go and try the aromatics drinks-seriously). Her brand new EP entitled Indelicate just dropped last month, and this Saturday, December 22nd she’ll be performing songs from her EP alongside Black Jeans and Aire Atlantica at Rough Trade. At the show she will be launching illustrated lyric books, a collaboration with Giada Rose. They will be on sale at the show for $15, come grab yours Saturday night! Scroll for a preview of it!
Crystelle Colucci (CC):So, we’re sitting here with Brooklyn-based musician Kira Metcalf. We’re going to be talking about her new EP, Indelicate and more! Thank you for sitting down with us to chat and for being here! Please tell us a little bit about yourself and how music fell into your lap.
Kira Metcalf (KM): I have a really musical family. My mother was a classical cellist and my dad is a hippie turned psychologist so there’s a lot going on there *laughs*. There was a lot of music in my life growing up. I played violin, cello, and drums- I bounced around a bit. I picked up guitar when I was 13 and that stuck the most. That’s when I really started writing. 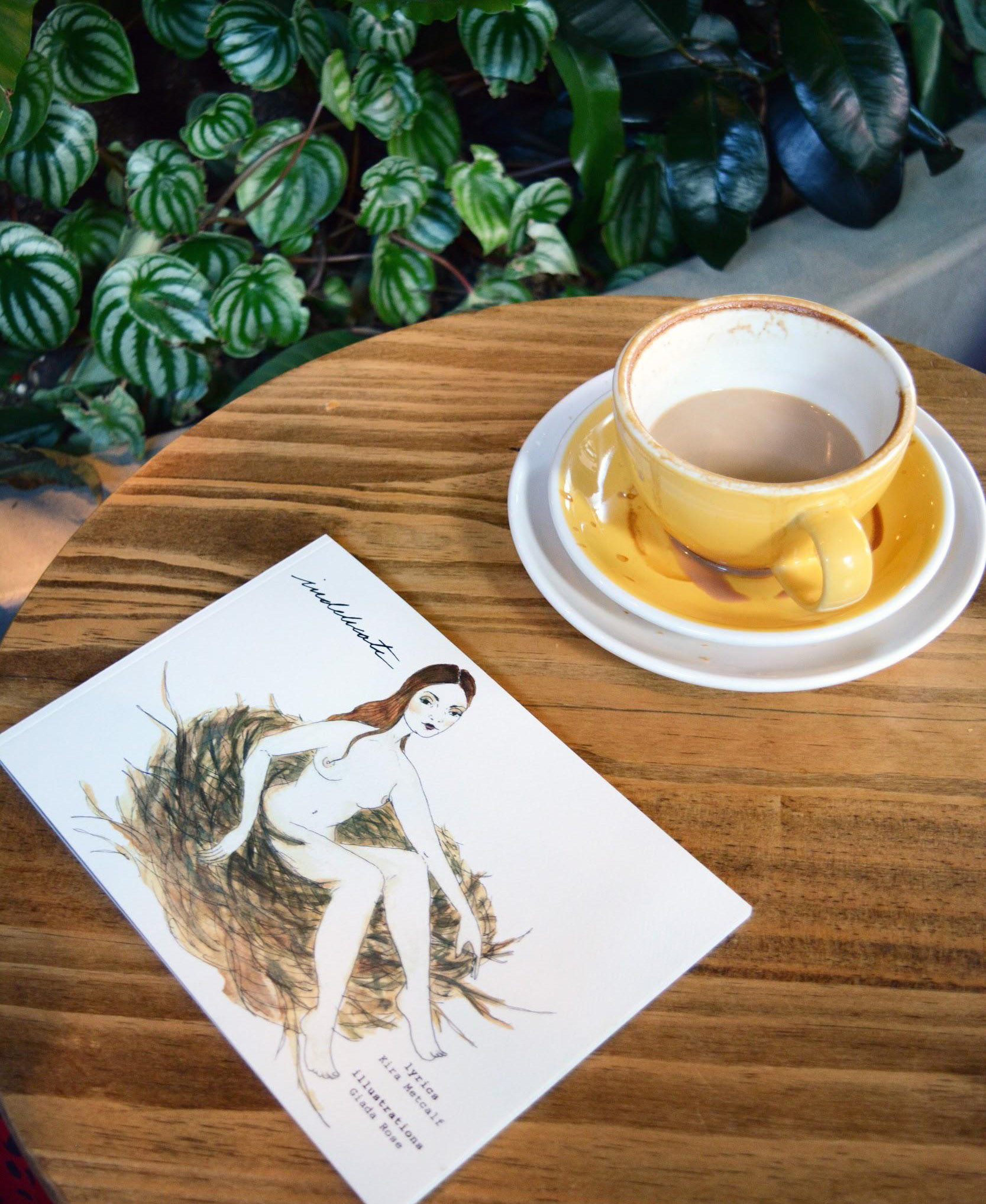 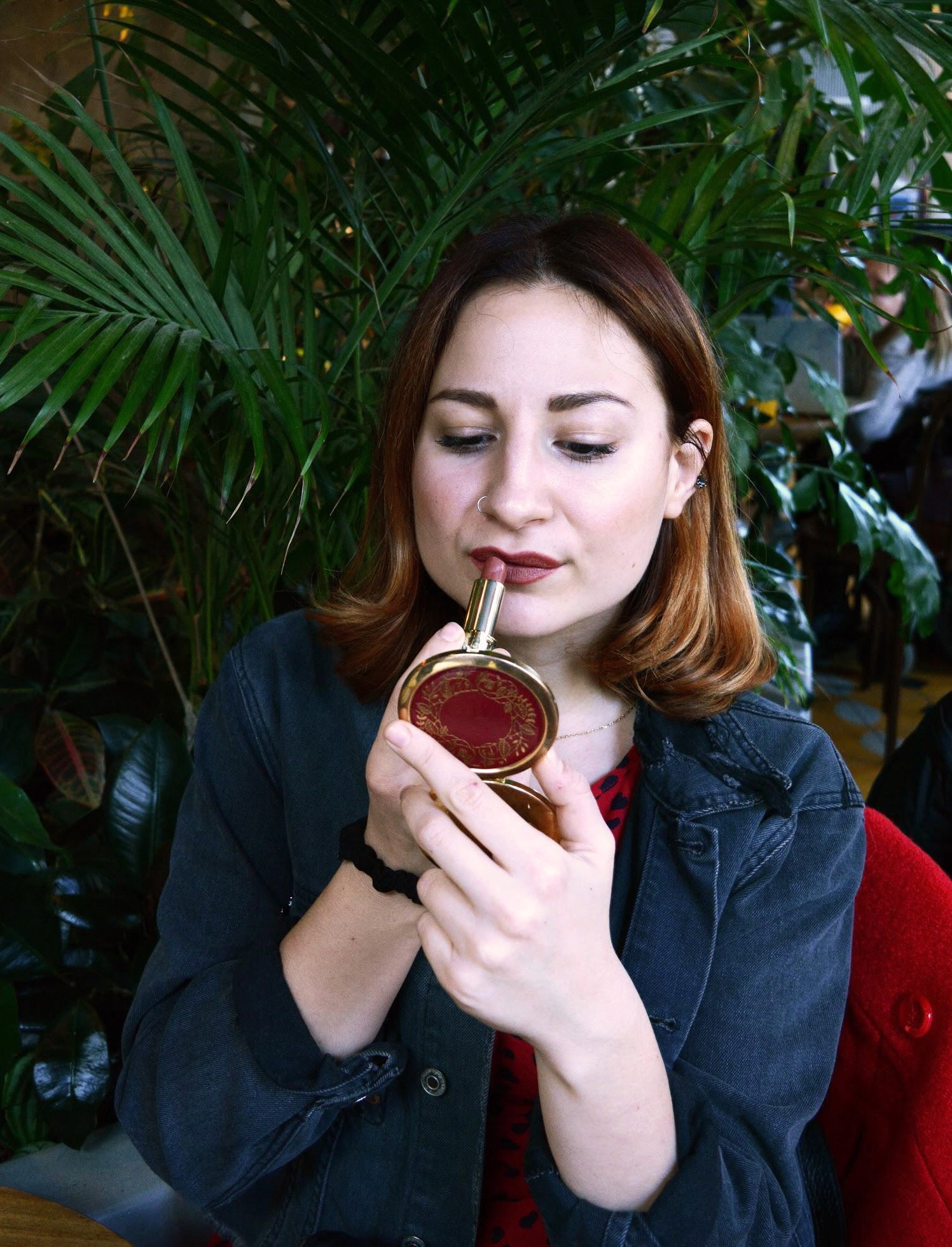 CC: Was it a pretty easy transition into writing music?
KM: Yeah I wrote little pop songs when I was a kid, but once I had an instrument through which I could write that helped a lot. It just took off from there.
CC: So, you grew up on Long Island. The creative scene on Long Island is much different than Brooklyn. How was that adjustment and do you feel the move affected your process or work or the songs you were making?
KM: You know, I wrote most of my first EP in high school and that’s Kissing Daisies, that was 2012. I wrote most of Indelicate in college, I was living at home and commuting to school in Manhattan. Now that I’m in Brooklyn I’m doing less loungy covery shows, but I have more time to focus on the band and I think there are more opportunities for original artists in Brooklyn than there are on Long Island right now. That’s been very helpful and the audience exposure is better here. People are more actively seeking out original music here, music they don’t know, so that’s exciting.
CC: Do you feel like it affected what you want to write about or what you are feeling creatively?
KM: I think that when you feel trapped in a place or when you are in your family home, it’s easy to get caught up in the anxiety of that environment. A lot of my writing was about things that were affecting me and now that I am more comfortable in my space, I can really dig in more and focus on the weird things that are going on internally without being distracted by outside forces.
CC: So your work directly reflects your personal experiences. What about your EP, Indelicate?  What inspired you to make that collection and what was the process making it?
KM: In college I  studied poetry and translation. A lot of those songs came out from my poetry writing at the time. I wrote most of - the first half - in 2013, 2014 and once I graduated, I had a lot of big shifts happening, like a long relationship ended… Then I wrote Comet, which is the last song on the EP. I wanted to put them all together in a way that signified that period of time, which is why I wanted to add the poems in there and make it more of a cohesive thing. Especially because it is so short. I wanted it to be its own little art piece by itself, as opposed to just a bunch of songs I just threw together.

CC: Is the need for an “art piece” what inspired you to create the physical lyric book with Giada Rose?
KM: I met Giada in college at Eugene Lang at the New School. I love lyrics - I love lyrics - and I always want to know what people are actually saying. I feel that because so much of it came out of the poetry I was writing, I wanted that to be available in a medium. I have so many insanely talented artist friends and I wanted to do something collaborative. I think multimedia brings people into the music in a new way and more immersive way.
"I think multimedia brings people into the music in a new and more immersive way."
KM: [Giada] was incredible to work with, the illustrations are spot on and beautiful. Giada would listen to the songs while sketching, which was so wonderful to me that she was involving not just the lyrics but the music in her process. I think art-music collaborations are so exciting, it was so much fun to do. 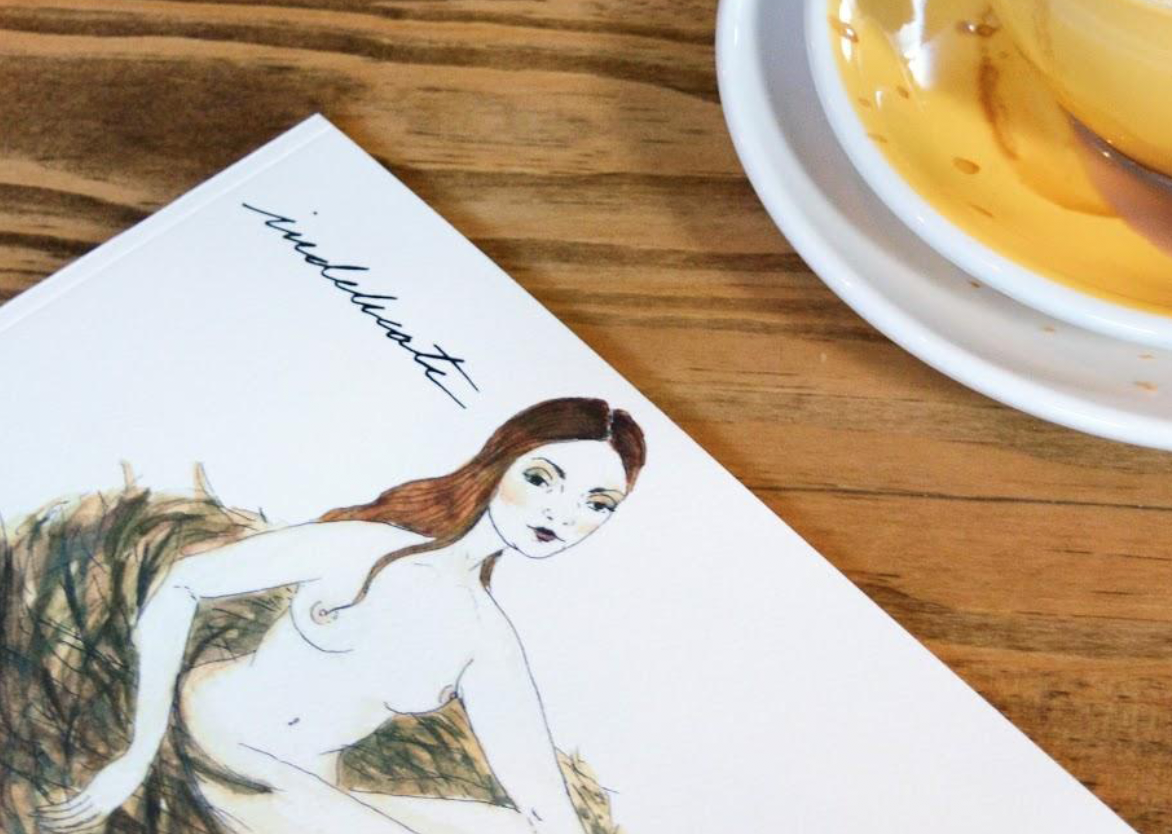 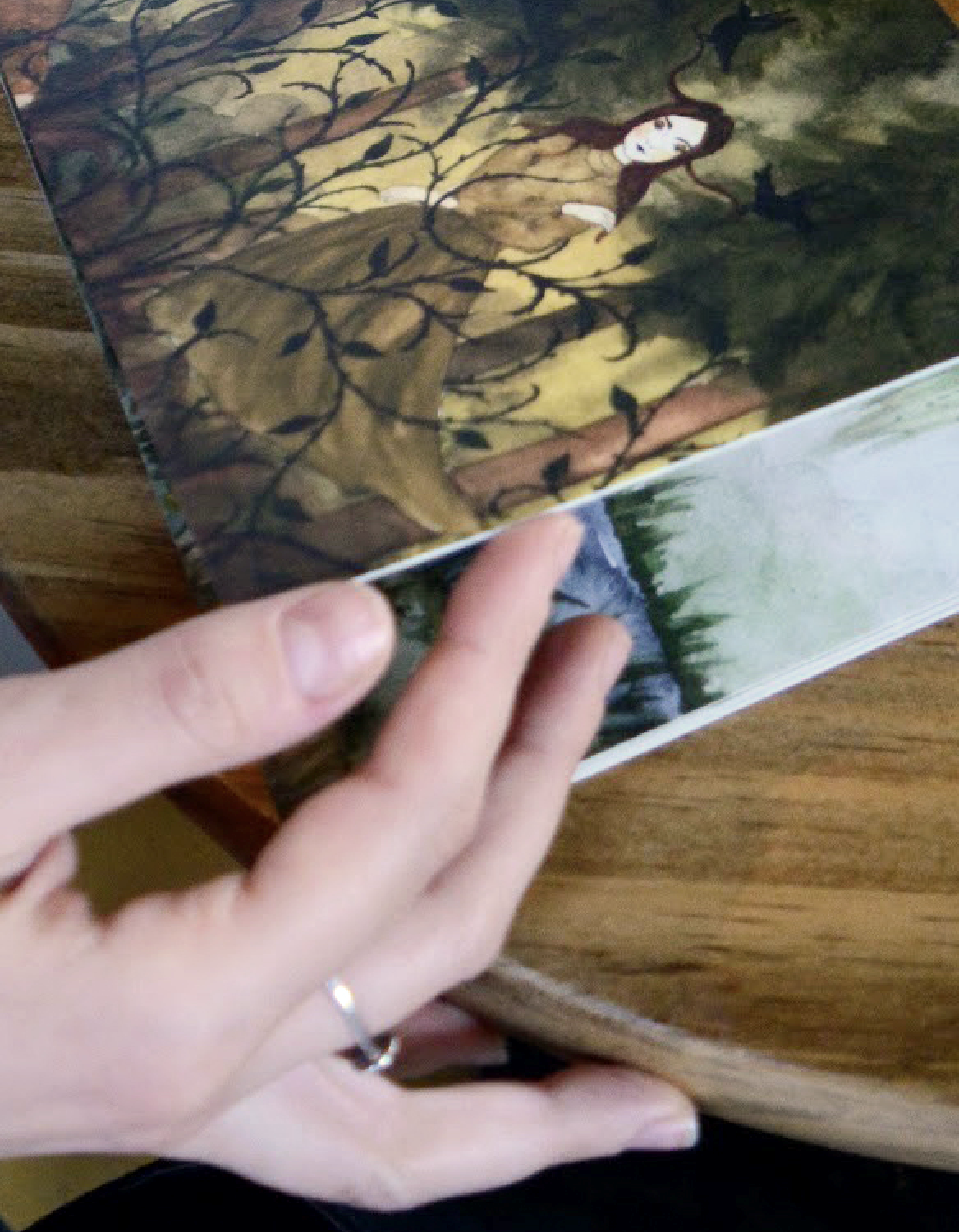 KM: I think that has been the biggest thing -- I want a community that’s not just a bunch of white guys. I want a community that’s gonna have multiple influences, multiple backgrounds, and opens up the scene, so that it isn’t competition and is just appreciating what everyone else is doing because it’s so different.
CC: Absolutely. So what’s next for you?
KM: We’re already getting back in the studio soon, which is exciting. I’m more ready now -- it took me so long to do Indelicate, it took 5 or 6 years to be ready to do it, like emotionally ready and confident enough to get it out. Now that it’s done I know I can do this, this is doable, let’s move on. We’ve got some new stuff coming soon.
CC: More shows?
KM: Yes! We’re playing at Rough Trade on December 22nd! I’m part of a creative collective called Con-Template so it’s a Con-Template event with Black Jeans, Zuli, and Aire Atlantica and they’re great friends of mine. It’s gonna be a good time! A lil holiday fun…
CC: We’ll be there! And the last question, which we like to close off with… What does feminism mean to you?
KM: Feminism means equality in a way that’s both respect - socially and on an interpersonal basis - and also making up for the imbalances that have been in place for a really long time. I feel like a lot of people are scared to say that they are feminists or eager to point out things that they see as imbalances that favor women. If you really look at it, there’s things in place from society that don’t really benefit women in the long run that are seen as such because of a bunch of really fucked up backwards psychologies… I think we’ll get there.

Check out Kira’s new EP, Indelicate, on Spotify and Apple Music. For tickets and more information about her upcoming show, click here.​​​​​​​​​​​​​​
↑Back to Top

Insert copy here, which should vary depending on your region. Accept